(#ifphkga) @quark@ferengi.one Ahh I see 😁 Yeah maybe use the Twt Subject Hash and a plain text formatted version of the Twt truncated with ellipsis at say 140 like I’ve done with yarnd’s permalink titles? 🤔

😥 Finally updated the dev.twtxt.net site where we’ve documented all the Twtxt extensions we’ve built. up over the last year. 👌 Sorry @lyse@lyse.isobeef.org I had to rebuild it by hand, I hate Jekyll, I might redo it with zs at some point, the CI/CD process failed here and I didn’t notice 😢

@movq@www.uninformativ.de would it be possible to trim the subject to, say, 100 or 140 characters? Just the subject.

(#liqatqq) @prologic@twtxt.net Yeah that too. The cynical part of me would have easily expected them to have ‘sold out’ (not meaning stock!) by now.

Really is something to aspire to.

(#liqatqq) @eldersnake@yarn.andrewjvpowell.com I actually meant the integrity of the folks that work and drive the Raspberry Pi foundation:

Kudos! 👌 I can only hope to aspire to the same levels of integrity. 🙇‍♂️ Too many greedy psychopaths out there 🤦‍♂️

(#liqatqq) @prologic@twtxt.net Yeah them and Arduino have been huge for DIY’ers and students everywhere.

Heh. I didn’t even realise Librewolf does this out of the box (I’m actually on Void Linux)

(#sg2wy5q) @eldersnake@twtxt.net Yup I could not agree more 👌 I think I’ve said this before :

(#sg2wy5q) @prologic@twtxt.net Yeah I agree; my issue is not that the technology can be used in such a powerful way, it’s the fact the data has to come from these big tech companies gathering it up all the wrong way.

In any case, I already use the government mandated QR check in app thing, I will not consent my data to be vacuumed up and given over by the likes of Bookface and Google 😆

(#sg2wy5q) @eldersnake@twtxt.net OTOh though this is a good example of where and how tech can help and be a tool for good 👌

However no Government will give this up now that they have it and who da fuq did they ask permission from? 🤔 The people who’s data it is?! 🤣

(#qnwhoyq) @movq@www.uninformativ.de If you implement this first I want to borrow your algorithm 🤣

(#gv5tdfq) @prologic@twtxt.net test we shall!

@fastidious@twtxt.net (#2mscesq) Yup I’ll do this today 👌 I agree ☺️

(#23w3ova) @stackeffect@twtxt.stackeffect.de You are right! 🤦‍♂️ The logic in GetExternalAvatar() was a bit off. it would use the already cached avatar, previously found from an initial feed cache cycle of a new feed, but then never look at the .Avatar field of the feed’s metadata preamble and “override” what it had found before. I’ve fixed that now 🤞 and rolling out to at least my pod here at twtxt.net so let’s see what happens 🤗 Thanks for pointing this out! 🤟

@prologic@twtxt.net I think implementing replies like Jenny does on Yarn would be a good enhancement. That is, only include the nick of the twt being replied, and not daisy chain them.

(#gv5tdfq) @prologic@twtxt.net @jlj@twt.nfld.uk it also describes all the problems they have, which makes them unsafe.

(#ctdtuta) @darch@twtxt.net I really like what you’ve done here! @adi@f.adi.onl Are you still working on something too? @darch@twtxt.net You still need me to add the extra context vars we talked about right? I should do that 🤗 The emoji logo looks good I like the way you’ve laid it out in HTML/CSS (is it really a logo though at that point? 🤔) – Regardless I’m at a point where my gut tells me that we should probably just support “theme packs” if you will. There’s already been so much customization at the source level of various pods that I believe adding proper support for themes makes sense.

@lyse@lyse.isobeef.org @quark@ferengi.one (#ck2oria) It’s actually a pretty decent microblogging and social media if we stick to what we’ve built 😆

However what I am not a fan of is how much money tech, and pharmaceuticals have made from this pandemic ! 🤦‍♂️ It’s disgusting the trillions of dollars that have been made and yet people are still dying 😳

Got my twitter archive today, so I’ll start coding the migration tool tomorrow.
I have not decided what I want to make it in yet, c, c++, rust or possibly F#. I’ll make it to my self for the challenge, but Ill put the code out for anyone to use. 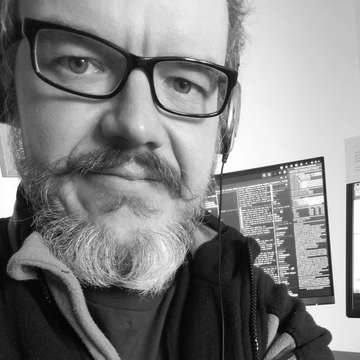